We’ve been waiting to see this for months. The wait is over. Meet the Jeep Wrangler Pickup.

Earlier this year, Fiat Chrysler CEO Sergio Marchionne confirmed that the Jeep Wrangler Pickup was finally happening. Now, we present you with a very early look at the Wrangler Pickup everyone’s wanted forever. This is obviously a heavily camouflaged prototype, but it’s the real deal. 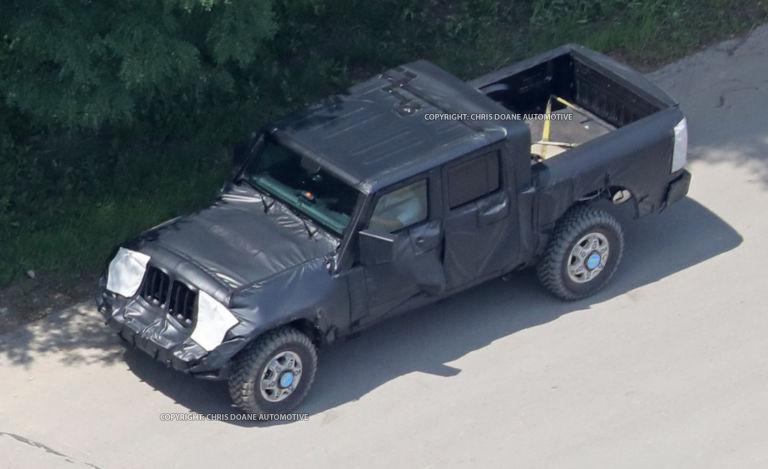 Jeep has been teasing enthusiasts with pickup truck concepts for over a decade now, but with the next-generation Wrangler–which is set to debut in non-pickup form later this year–it finally decided to put the pickup into production. We’re expecting the pickup to make its official debut towards the end of next year.\

Every Angle of the Jeep Wrangler Pickup Truck

Details on the next-gen Wrangler are fairly slim thus far, though we have a pretty good idea of what to expect. It’ll retain its body-on-frame construction, but like the Ford F-150, it should see an increased use of aluminum to help reduce weight and boost fuel economy. Also in a nod to economy, it’s been suggested that the Wrangler will get a new 300-hp turbocharged four-cylinder engine. Diesel and hybrid versions are also rumored, but yet to be confirmed. 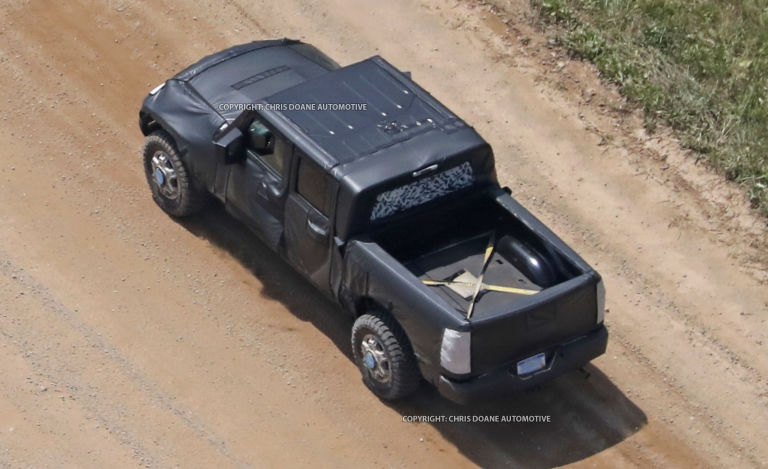 From what we can see here, the Wrangler Pickup prototype has some seriously knobby off-road tires and a fairly large bed, so it looks like a legitimate work truck. We’ve still got a while before we’ll see the Wrangler Pickup in its fully uncovered glory, but these spy shots will tide us over nicely.