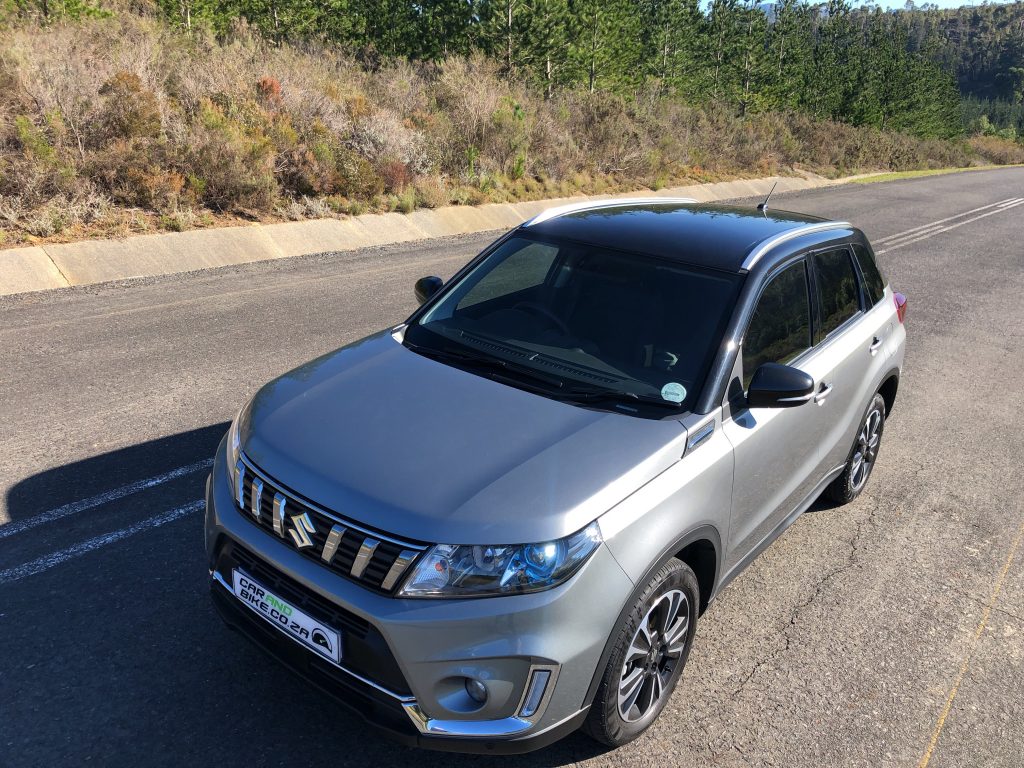 For 2020 the Suzuki Vitara has come in for one of those gently evolutionary, kinda-hard-to-spot midlife model facelifts to keep it fresh in what is one of the most keenly contested automotive market segments in the world and they’ve also dropped the 1.4 BoosterJet Engine into the South African market. That’s not a bad thing because we’ve always liked this affordable compact SUV a lot and with the extra 64nms on tap it will be a welcomed addition.

There are a plethora of rational, objective things to say about the Suzuki Vitara, such as the fact that it’s a compact, five-seat SUV that’s designed to be affordable, practical, and easy to live with. And that’s all very well and good, but don’t glaze over just yet; it’s not just a boring box on wheels. In fact, we reckon it’s a cracking little runabout.

There’s only one engine we would pick – the 1.4-litre petrol BoosterJet– and here we have tested the GLX Trim Level. 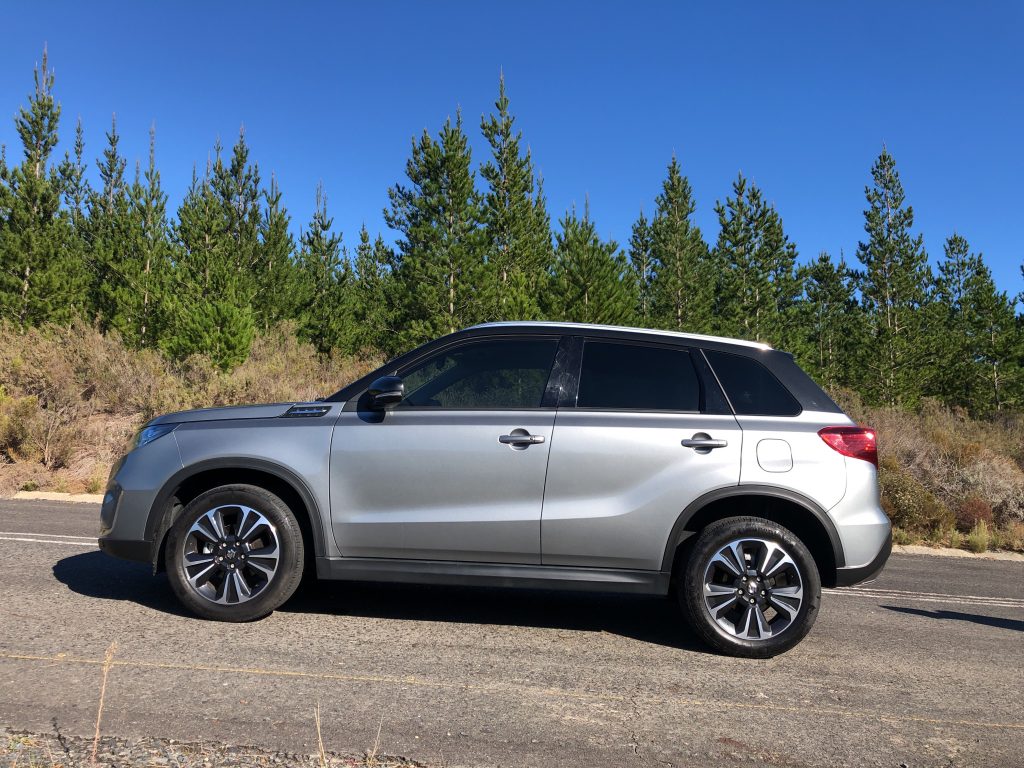 1.4-litre turbo engine is unquestionably the best motor in the Vitara. The little Suzuki SUV’s hidden strength is that it’s almost ridiculously light for an SUV of this size, with even the heftiest model tipping the scales at a mere 1265kg. Thus, while there’s only 15kW in it between the NA 1.6 and the turbocharged 1.4, the BoosterJet has a massive 41 percent more torque – 220Nm plays 156Nm, specifically.

With all that rich torque on tap from around 1500rpm and not relenting until 4000rpm, the 1.4-litre Vitara is properly quick.
It feels so urgent through all of the lower gears and flexible enough to allow it to haul hard from low revs in a higher ratio, that it comes as something of a surprise to see that the manual model can’t quite crack the 9-second barrier for the 0-100km/h sprint(claimed at 9.5seconds).
It feels a good deal livelier than that and it certainly has much more burliness to it than any of the normally aspirated petrol motors in its key Honda, Mazda, and Mitsubishi rivals.

The Vitara’s pleasant driving manners, makes it feel like a fun vehicle to drive quickly on your favourite roads – overly light steering aside – while it maintains civil ride and refined manners that make it such an easy-going family urbanite.
This is another area where the 1.4 BoosterJet aids the cultured character of the Vitara because it’s quieter around more of the rev counter than the other engines Suzuki offers in its SUV.

It may not be immediately apparent, but the 2020 Suzuki Vitara does look different on the outside. The easiest way to spot one of these latest updated Suzuki Vitara’s is to check out the rear light clusters, which now feature LED signatures made up of three horizontal bars very nice.

It might not seem like much, but this is the kind of attention to illuminating detail that the German and French brands have done so well in recent years.

Other than that, it’s a subtle redesign of the lower front air-dam, necessitating a change to the surrounds of the fog lights and a different arrangement for the license plate mounting.

Inside, the big changes belong to the upper layer of the main dashboard, which is now finished in soft-touch materials for a more premium approach if executed correctly, clearly irked by previous critical appraisals of the Vitara, which focused on the hard, scratchy plastics that draped a large area of the interior, Suzuki’s bosses are immensely proud of the fact there is now some squidge to the area immediately beneath the windscreen.

The slight problem with this, though, is that where the dashboard meets the door cards at the extremities of the car, there’s an unfortunate conflict of the upgraded, soft fascia and the still- rigid trims inside the doors, which haven’t been treated to the same sort of tactile tweaking.

If anything, the move has slightly backfired in that the soft-touch dash has only served to further highlight the areas where the Vitara is built down to a budget, which is presumably not what Suzuki intended at all.

Besides that, the main update inside is a more attractive, 4.2-inch colour LCD panel in the instrument cluster. This is part of a boost to the equipment levels overall, with safety kit bolstered by some useful toys. 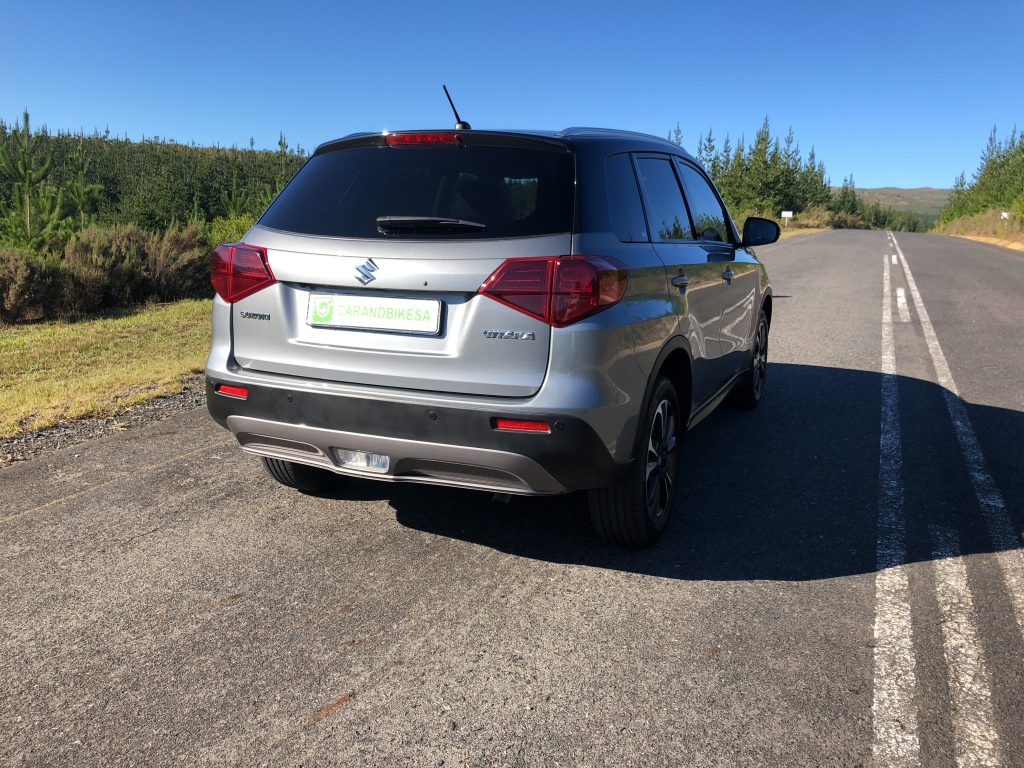 The only potential barrier to the Vitara’s ongoing success, then, will be pricing, it’s just received a price increase and is ever so slightly shy of R400k with a Retail tag of R396 900, which is going to give this likable SUV an upward battle at tempting the motoring public out of its preferred choices in this class, like the Mitsubishi ASX, Honda HR-V, and Mazda CX-3.

That said, as good as this small Suzuki SUV is, it’s highly unlikely that anyone will be frothing at the mouth with excitement at the thought of owning a Vitara – unlike the Mk4 Jimny?