The Wild West of Gauteng came alive on Saturday September 8 as close to 100 of South Africa’s fastest straight-liners cars gathered to show their pace and traction, with SA’s best tuners and modifiers taking up the challenge.

At the forefront of the action was RGMotorsport’s mega-horsepower muscle car, completed recently for V8 enthusiast Renier Ackerman, who doesn’t miss an opportunity to unleash it. With the sun setting after a cool and windy day, Renier had the official results in his hands: a best run of 11.62 seconds with a terminal speed of 192.2 km/h!

It was a case of mission accomplished and the boot was loaded up and the car driven home to Bloem, having completed 10 runs without missing a beat. Come Monday morning and it was Marinda Ackerman at the wheel, as the bright yellow muscle car is her daily driver. Needless to say, she’s got something of a reputation on the city’s school run. 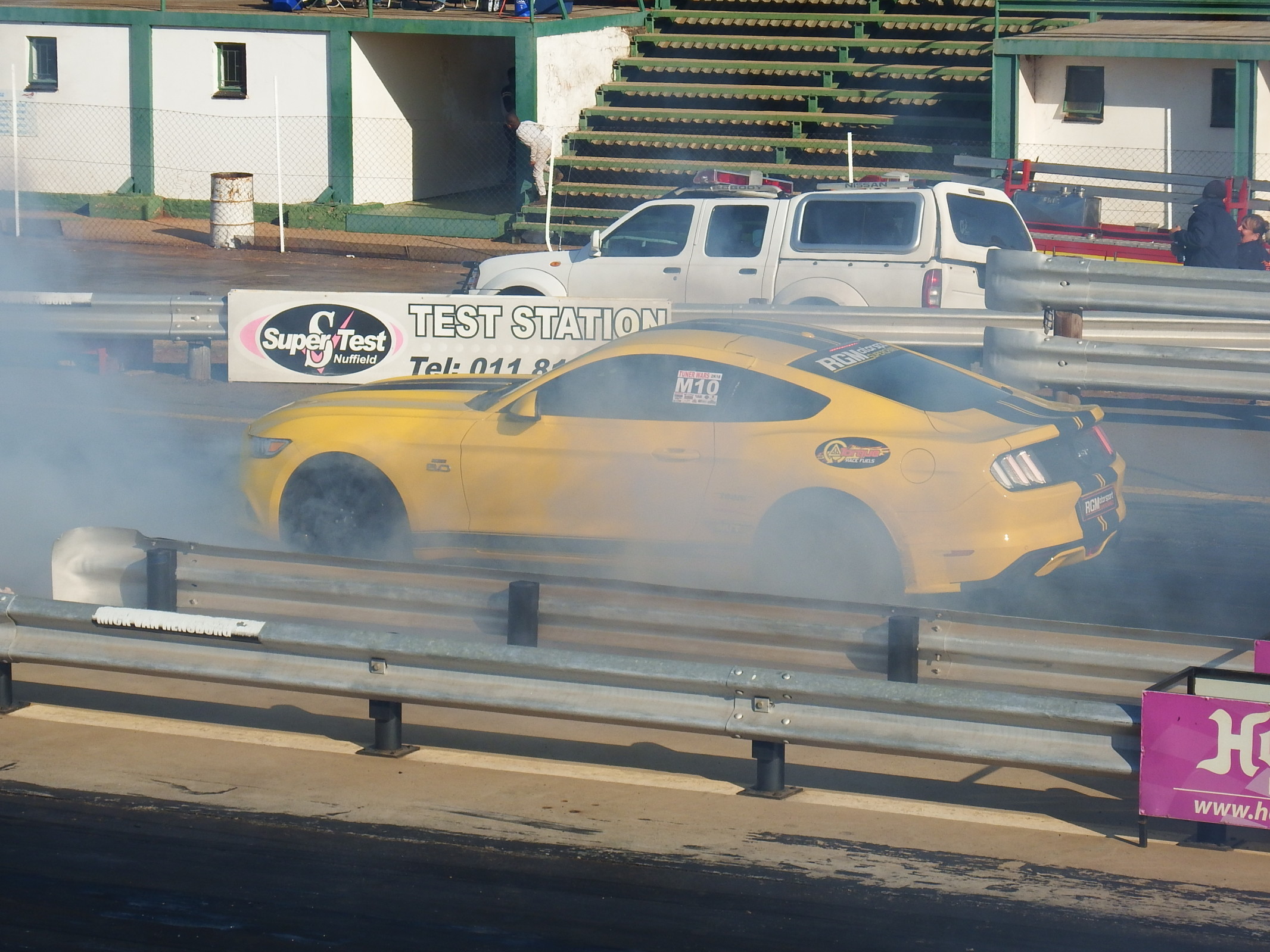 RGMotorsport founder Rob Green gives some background to the upgrade: “Renier bought the car new and came to us some months back saying he was tired of being bested by even mildly tweaked hot hatches. ‘Don’t worry,’ we said, ‘there’s a solution!’.”

The RGMotorsport solution is a bolt-on Whipple supercharger upgrade and in this case it also has a boost upgrade (achieved through varying the pulley sizes) and water-methanol injection to drop the temperature of the intake mix.

Horsepower – and it seems right to quote an American measure – is in the region of 800. Metrically-speaking, that’s 600 kW…

RGMotorsport also used the Tarlton event to verify performance numbers and the Video VBOX datalogger recorded a 0 – 100 km/h sprint of 3.8 seconds and was slightly faster than the official times on the quarter-mile: 11.6 on the button and exiting at 195.7. But whichever set of numbers you prefer to use, this is one fast 1.8-tonne car!

The Standard RGmotorsport Mustang Supercharged upgrade costs R225 500 (including full exhaust and a six-month/20 000 km warranty), with a number of add-ons available, including a two-year 75 000 km warranty.